This Day in History Class 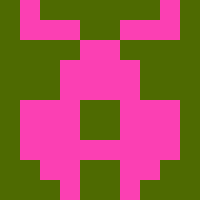 You're never completely ready to adopt a teen writing English papers are your team music taste for dinners where they talk more on their phone and with you for the first time they call your mom. You're never completely ready to adopt a team and you can't imagine the reward to learn more about adopting a teen is it adopt u.s. Kids.org Don't You by the US Department of Health and Human Services adopt u.s. Kids and the Ad Council. Hi and I'm hosting a new podcast by Suze reports with so much going on around the world. So many people telling you they have V definitive take on the news. We bring you to the news so you can hear it for yourself from The Newsroom that has earned more Emmy nominations than any other news team this podcast goes where the story is from conflict zones to the Labyrinth of Digital Life. You've never traveled quite like this podcast on the iHeartRadio app Apple podcasts or wherever you get your podcast.

Hey y'all where we running two episodes today, which means that you're here to house. Me and Tracy V Wilson. Enjoy the show Welcome To This Day in History Class from howstuffworks.com and from the desk of stuff you missed in history class. It's the show where we explore the past one day at a time with a quick look at what happened today in history.

Hello and welcome to the podcast. I'm Tracy V Wilson and it's October 15th. Matahari was executed on this day in 1917. She was not named matahari from birth. She was born Margaretta Villa on August 7th. 1876 was born into a very wealthy family, but when she was still pretty young her father went bankrupt and then her mother died. She and her siblings were split up and they were sent to live with her other relatives bad for a man seeking a bride. The person who was advertising was Rudolph McLeod and she married him on July 11th of 1895 their marriage though was not happy and was sometimes abusive and it lasted for 9 years during that time. They had two children together. What if he died, very young. There are rumors that a member of the household staff poisoned the children, but it's not clear whether that is true after leaving her husband and her daughter behind.

Fleeing France Margaretta supported herself as a courtesan and an actress and Dancer. She concocted a really elaborate backstory for herself and her dances saying she was performing sacred dances from the Indies these famously involve removing veils from her body one at a time until there was very little left on her body back that she was presenting these as an exotic far away sacred thing offered her a little bit of legal protection for what she was doing. It was when working as a dancer this took the stage name Mata Hari and that came from a male term meaning sunrise or eye of the day during World War One is yours Ledoux hired her as a spy for France. She really needed money at this point. That's probably why she did it. She was getting older she wasn't as easily able to make a living in that line of work cuz she been in

She was supposed to seduce German officers and get information from them. One of these was a German attache who apparently eager to get her out of his life since a message in a code that he already knew the French had already broken identifying her as a spy. She had also accepted 20,000 francs from an honorary German Consul. It had been offered to her as payment if she would spy for Germany, but when she took it she was considering it repayment for belongings that had been seized earlier on in the war regardless though the do cut her off and stop paying her possibly because she believed that she was a double agent by January of 1917. She was running out of money and she was arrested that February and put on trial in a military court trial did not go well for her at all. Her attorney had almost no experience in military court and then the jurors were all men who were in the military. Most of them had heard rumors about her.

They believed even though there was no substantiation for them and July 25th of 1917. She was found guilty of Espionage. This happened, even though the trial had not revealed any secrets that she had given to the Germans. There was no concrete evidence that she had done any of the things that she was accused of she was executed by firing squad outside of Paris on October 15th, 1917 at the age of 41 when she went to her execution. She refused to be blindfolded. She refused to be tied to the stake and she stared her executioners down the whole time afterward. Her body was donated to the University of Paris Medical School questions about her guilt persisted in the decades after her execution, and we're a lot of questions about whether that trial and her execution. We're about using her as a scapegoat not about anything. She could actually done and interpretations of her as a person have really varied over the years with some biographers suggesting that she was completely conniving and death

Currently guilty of being a double agent and other biographer is suggesting that she was really mostly interested in men and money and was just doing things as they came along to try to get more money the German government excavated her in 1930 and documents that were Declassified in 2017 along with personal papers that were made available around the same time suggest that she was much more a scapegoat than an actual double agent. There is just no evidence that she disclosed any meaningful information to the Germans before the French executed her for Espionage. You can learn more about this in the June 30th 2010 episode of stuff you missed in history class, which is before there was 2017 documents reclassified. Thanks to Charlie Harrison for all of her audio work on his podcast and you can subscribe to this day in history class on Apple podcast Google podcast and where else to get your podcast again soon and tomorrow for an iconic image of protest.

Hi, I'm Ariel Durant. And I'm hosting a new podcast called devices reports with so much going on around the world. So many people telling you they have V definitive take on the news. We bring you to the music so you can do it for yourself from The Newsroom that has earned more Emmy nominations than any other news team this podcast goes where the story is from conflict zones to the Labyrinth of Digital Life. You've never traveled quite like this podcast on the iHeartRadio app Apple podcasts or wherever you get your podcast.

Feeling lost that we've got the podcast for you. Labyrinths. I'm Amanda Knox and I'm Christopher Robinson. I know what it's like to be absolutely stuck in a life. I never expected but everyone's got their own personal maze complete with dead ends shortcuts and minotaurs podcast or you can get lost on a cruise ship in the trauma of a mother's murder in a presidential campaign or in a corrupt Court surrounded by ravenous media podcast featuring unlikely obstacles a terrorist husband eyeshadow. We could buy a pregnant wife across the ocean. So come on get lost with us as we bring you stories from Jon Ronson, the barber Yasmine Mohammed Navarro Malcolm Gladwell and others dark and hilarious Misadventures controversial questions, and above all expect to arrive at unexpected places. Listen to lab.

The iHeartRadio app on Apple podcasts or wherever you get your podcast.

Hi everyone. I'm Eve and welcome to this day in history class podcast. We rip out a page from a history books every day.

Pope Gregory XIII introduced the Gregorian calendar as a way to reform the Julian calendar.

Because the Julian year was about 11 minutes longer than the mean solar year the date of the Equinox according to the Julian calendar with a mini days off from The observed date of The Equinox in reality that in turn caused dates on the religious calendar to be skewed since the date of Easter was based on the Northern Hemisphere spring equinox.

Fill the need to update the calendar became more urgent and it's 1562 to 1563 session the Council of Trent called for Pope Paul the third to reform the calendar the plan was to change the date of the Vernal or spring equinox back to March 21st, which was the date of the Equinox that was fixed by the church at the time of the Council of Nicea in 325 PE. It took until 1582 for the change to happen when Pope Gregory XIII signed a papal bull authorizing a reformed calendar.

Gregory's reforms were based on the research and suggestions of Italian scientist Aloysius lilias and German mathematician Christopher clavius.

October 4th 1582 on the Julian calendar was followed by October 15th on the Gregorian calendar with no change in the continuity of weekdays.

The church chose October so it could avoid disrupting any major christian celebrations.

On the Gregorian calendar no Century year is a leap year unless is divisible by 400 this helps ensure. The calendar year is nearly the same length as the solar year much of Roman Catholic. You're adopted the new calendar within a year, but Protestant and Orthodox states were slow to follow the Protestant German states switched in 1699 Britain and its territories made the change in 1750 to and from there more countries around the world adopted the Gregorian calendar until it's used with white bread.

I'm he's Jeffcoat and hopefully, you know a little more about history today than you did yesterday.

Give us a shout or a share on social media at TD IHC podcast. If you prefer something a little bit more formal, then you can write us at this day at iheartmedia.com.

I truly hope you enjoy today. So we'll be back tomorrow with another episode.

Four more podcast from iHeartRadio fits the iHeartRadio app Apple podcasts or wherever you listen to your favorite shows High rocks and I'm hosting a new podcast with Vice news reports with so much going on around the world. And so many people telling you they have the definitive take on the news. We bring you to the you so you can hear it for yourself from The Newsroom that has earned more Emmy nominations than any other news team this podcast goes where you can't find buffets in Rubicon.

You never travel Twilight this podcast on the iHeartRadio app Apple podcasts or wherever you get your podcast.

Her with amena brown is a weekly podcast brought to you by Seneca women podcast Network at iHeartRadio. I'm your host amena Brown and each week. I'm bringing you hilarious storytelling and sofa conversation plus entering the stories of black indigenous Latin X and Asian women Brown is the living room where I invite you to hear New Perspectives poetic readings of things. You never thought could be poetic and celebrating women of color who because of their contributions to the world and their Community are deserving of a crown. I'm really excited to bring women of color who are artists authors business women inventors and leaders and every sector into our living room so we can learn from their expertise and have the honor of hearing their stories join me as we remind each other to access Joy effect change and be inspired listened to her with amena brown on the iHeartRadio app Apple podcast or wherever you get your podcast.