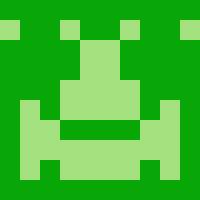 Good morning. Today is Friday, October 16th, and I'm your host Steve Brown are top stories today Moment of Truth for brexit trade China set to approve. Its own Tech Protection Law and Wall Street quiet after 3 days of losses.

Leading today's news British prime minister Boris Johnson is due to make the final call on whether to accept an arrow post brexit trade deal with the EU or go for a No Deal scenario after being distant ultimatum at the EU Summit in Brussels Britain Chief negotiator. David Frost said, he was disappointed and surprised that the EU was no longer committed to working intensively for a deal but a response will come later today. The decision is set to affect 900 billion in annual trade as well as Supply chains that stretch across Europe and Beyond against the backdrop of a pandemic that is upended the economy.

In other news China's top legislative body. The national people's Congress is set to adopt a new rule that would restrict sensitive reports vital to National Security in a session that concludes on Saturday. The export control law would apply to all companies in China including foreign-invested ones and what had to beijing's regulatory Arsenal which already include to text export restriction catalog and an unreliable energy list competition has been growing with the us over access to technology and big Chinese companies including Huawei by dances. Tik Tok ten cents a WeChat and semiconductor manufacturing International Corp have already found themselves and Washington's crosshairs in recent months.

Us stock index Futures are holding steady as investors pulled back from the big technology stocks that have helped Drive the market this year on again off again stimulus talks as well as risks of a second wave of coronavirus infections have put a lot of money on the sidelines while Traders also appear reluctant to make any big bets until after the election when the risk of contested results has been eliminated said Jim McCormick Global head of death strategy at NatWest markets. The big news on the economic calendar today is retail sales data, which will offer an update on the recovery in consumer spending after jobless claims Rose last week to the highest level since late August.

Alongside withering criticism from conservatives Twitter is changing up its policy that it applied to book distribution of a New York Post story on Hunter Biden. The company had said that it blocked the article in part because it had a policy of not sharing what might be hacked material but it's illegal Chief now says that policy is to sweeping and could end up with unintended consequences. It will allow similar content to be shared along with the source labeled to provide context, but it still blocking the hunter Biden article as it violates Twitter privacy policy by including email addresses and other private info.

Ram Desi bear has no substantial effect on the survival of hospitalized patients according to a not yet published study by the World Health Organization that was seen by the financial times shares of major Gilead Sciences slipped 1.7% on the news yesterday and are down another 1.2% free market in response. Gilead said, it's unclear. If any conclusive findings can be drawn that was similar lack of impact was found in regimes of hydroxychloroquine lopinavir and interferon.

The US has reportedly made an offer to the EU to remove a host of tariffs if Airbus repaid European governments with billions of dollars in aid, but retaliation is also in the cards after the most recent WTF ruling if they strike back then we'll strike much harder President Trump told reporters. They don't want to do anything. I can tell you that earlier this week the block one permission to level up to four billion in tariffs on American Goods in response to subsidies for Boeing know that you will likely hold fire until after next month's u.s. Election. According to Bloomberg.

Changes made the Boeing 737 Max have made the plane safe enough to return to the region Skies according to Europe's top Aviation regulator marking a vote of confidence for a plane that has been grounded since March 2019 easa is now performing final document reviews at have a draft airworthiness directive it expects the issue and November which will be followed by four weeks of public comment the FAA. He is also preparing to clear the points returned, but he is a view carries outsized weight given the flaws in the plains original certification process that didn't the US Regulators reputation.

The company that makes Apple's iPhone May soon be assembling electric cars Foxconn has introduced what it called the mih open platform, which is essentially a set of tools that would allow a company to design large parts of an electric car chassis sizes battery capacities suspension types, etcetera via modular manufacturing the latest Ferrell pushes the company into a market which could be worth over eight hundred billion by 2027 according to Allied market research as it looks to diversify its business.

General Motors Cruise autonomous vehicle unit is pulling the human back up drivers from us vehicles in San Francisco after landing a permit from the California Department of Motor Vehicles. We're not the first company to receive this permit, but we're going to be the first to put it to use on the streets of a major US city said Cruise CEO Dan M on the Move follows last week's announcement from Google waymo that it would open it still throbbing ride-hailing service to the public in the Phoenix area in vehicles without human drivers.

At 6:20 a.m. Today that has. Gold and Bitcoin are all set to open in the green with the Dow S&P 500 and crude oil all slightly down.

On today's economic calendar retail sales are out at 8:30 a.m. Eastern time. If you enjoy today's podcast, please be sure to write interview with below. Your feedback is deeply appreciated that concludes today's Wall Street breakfast. Thank you for listening for the best investment analysis. The news on the web go to Thinking Out Loud. Com subscribe to this podcast on Apple podcast podcast Spotify and can't sign up for other podcast behind the idea. Let's poke PS2 cannabis investing podcast and Marketplace round table on those platforms as well. Have a great day.